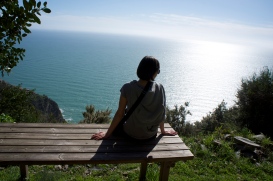 Having become a professional malcontent long before becoming a professional, I found refuge in that age-old shelter for dissatisfied types worldwide: the academia. I occasionally venture outside of the proverbial ivory tower, but having found no other place that seems better whilst simultaneously harbouring the same amount of humans with predilection for reading and discussing ideas, I decided to hang around.

I am interested in what we – as humans – can know, how the fact we’re human influences what we know, and how what we know influences what we do. Academically speaking, this translates into an interest in sociology and philosophy of knowledge, cognition and agency, and social theory and epistemology. I also have a  fascination with how humans relate to each other, and how we can ensure this happens in the least oppressive way possible. This, among other things, translates into an interest in politics and policy.

I am lucky to have lived in eight cities and five countries before moving to Cambridge – in chronological order, Serbia (though, if you count Yugoslavia too, that’s more than one country!), UK, Hungary, Denmark, and New Zealand, and have spent a large part of my adult life trying to not stay around too long in any. That has changed, but I still love travelling, especially to places I haven’t been before.

When I don’t think and write, or travel, I sometimes teach, but most of my time is focused on research.

I can get by in a few languages but tend to read, write and express myself in English.

I listen to music. A lot. Always when I’m walking or commuting. Actually, there are very few activities I consider more pleasurable. I walk a lot. I also cycle. I would really, really like to live closer to the sea. I am a huge fan of the sea, even if in the form of oceans.

I read. Everything. You’ve been warned.